Can frozen succulents recover? Check out this article and learn how to deal with this very undesirable situation.

We assume that you are here for two possible reasons, either you are afraid of the cold autumn nights or your plants have already suffered and you have come here for advice. It is good to know that there are only two types of succulents in the world – hardy and soft ones.

The hardy ones are in the minority, while the soft or tender ones are actually much more numerous. We know, it sounds weird, but it’s true. Either way, both can suffer from the cold, but can frozen succulents recover? Let’s find out below.

How Does The Cold Affect Succulents?

Before you even know the answer to the question “can frozen succulents recover”, we will try to explain what effect the cold has on these plants as well as how cold is too cold.

To be honest, it’s hard to come up with one answer that will best describe all types equally; basically, the effects vary and can be all across the board. As for effects and changes, some species have none at all, some experience miniature changes like fading, while others go dormant or freeze to death if not brought indoors.

It is very interesting to note that several succulents have built-in antifreeze that allows them to survive temperatures well below the critical 32 degrees F.

These plants have special features that allow them to survive long periods of heat and drought, so they store water in their leaves and stems. However, they aren’t built to withstand low temperatures and can suffer severe damage if exposed to the cold.

Take Out Time to Also Read:

Can Succulents Survive A Freeze?

If the winters are very cold in your place, there are some succulents that will survive outside in such cold temperatures, although, the vast majority of them won’t tolerate such cold conditions. Succulents can be damaged by extreme temperatures. They build their entire anatomy to survive in warm, dry environments, making them completely vulnerable to freezing temperatures. The survival of succulents depends on what species they are.

There are two types of succulents, so the lowest temperature a succulent can tolerate depends on whether the succulent is soft or hardy. Soft succulents prefer temperatures above 32 degrees Fahrenheit, over 40 degrees if possible. Subzero temperatures are too cold for these plants to survive. Their plump, fleshy leaves, where they store water, freeze, and rot plants.

Hardy succulents can withstand -20 degrees Fahrenheit. Zones 4-5 are the best they can handle.

Even if you live in a temperate climate, cold fronts occasionally come through, dropping temperatures toward freezing. Once exposed to such adverse conditions, the most sensitive parts of the plant (new growth or the thinnest parts) are on the front line and are usually the first to suffer.

But despite that, can frozen succulents recover? In short, the recovery of the plant depends on the severity of the damage. In the largest percentage, the succulent will regenerate and recover. Remove the affected parts and give them the same consistent care and they should recover. 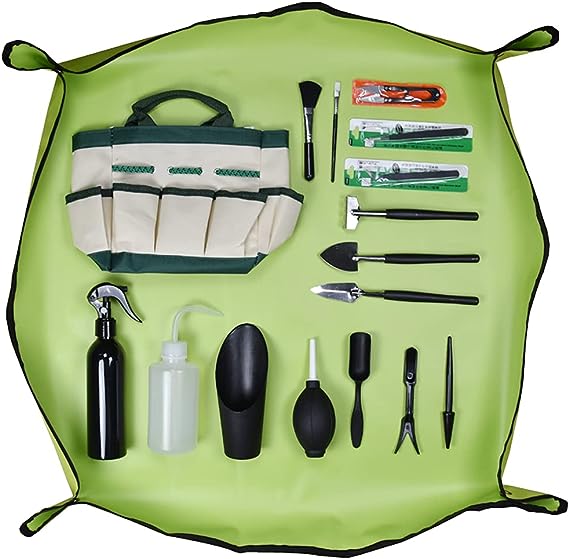 When Should I Bring My Succulents Inside?

Now that you know the true answer to the question “can frozen succulents recover”, let’s go into details. If you have succulents outside, you should pay attention to the temperature and rainfall. Succulents don’t need a lot of water, only occasional watering, so you should take special care of them when the weather is colder and when the temperatures drop.

But, before you immediately bring the succulents inside, there is one more important thing you must do. You should be prepared to change your succulent environment. Ideally, these preparations should begin at least a few days in advance. This will give your plants plenty of room and enough time to transition from living outdoors to living indoors.  Succulents should be brought indoors before the first frost.

When bringing succulents indoors, choose a spot that gets the most sunlight. In winter, when days are short and the sunlight is limited, succulents need about 8 hours of light.

If it’s raining, it’s also better to cover them or bring them inside. If the succulent is outside when it’s raining, the plant won’t have much of a problem unless it’s raining heavily. Frequent heavy rains can damage plants. Their roots can rot and these plants generally do not like too much water and humidity.

Should You Cover Succulents In Winter?

To keep your plants alive during the cold winter months, knowing how to protect them from snow is essential. A light snowfall is unlikely to harm the plant, but heavy or long snowfall can cause problems and can cause leaves to snap off the stem or cause irreparable damage to the plant.

Cover soft succulents when freezing temperatures are expected. Cloth covers, bushel baskets, or purchased frosted covers can be used. Don’t let the cover touch the leaves and don’t leave the cover on longer than necessary. It needs airflow and sunlight.

What To Do With Succulents When It Freezes?

Protection from the cold can prevent plant cells from freezing and rotting. Watering the day before the forecast indicates cold events are not recommended for succulents. Dry, well-drained soil is a better defense.

If a succulent suffers from frostbite, it can be saved if all tissues are intact. Wait a week or two to see the extent of the damage. If you see new growth at the base, this indicates that the succulent can be revived. To revive frozen succulents, dip a sanitizing knife in alcohol and use it to cut off the bad parts. Bacteria can attack the plant if the blade is not sanitized. Remove any soft or brown tissue and clean the knife between cuts and wait for the wound to heal before you start watering.

That’s it, now you know the answer to the question “can frozen succulents recover”.

The recovery of the plant depends on the severity of the damage. In the largest percentage, the succulent will regenerate and recover. All you have to do is remove the affected parts and give them the same consistent care and hope for the best. This is where your influence ends, and the rest is up to the plant.

If you have any questions, let us know in the comment section below.